What’s up! This is just a quick note to let you know that I recently started designing tanks and tees that can be purchased online here.

Some of my faves include: 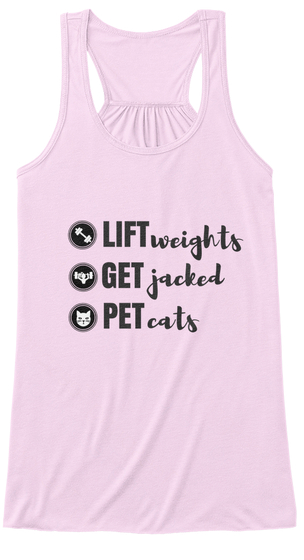 I mentioned in my last post that I’d be eating low-carb on my rest days during my cut, and Friday was my first low carb day of the week. Here’s how it went:

10 a.m.
I ate so much fat for breakfast I’m not even hungry for my snack!

Noon
I’m STILL not hungry, but I guess I’ll try and force my delicious salad down!

2 p.m.
I feel great! Why do people even complain about eating low carb?

My coach, who recently did a pretty intense cut, warned me to save my carbs for the end of the day and I’m SO GLAD SHE DID. My end-of-the-day carb treat was one of the delicious peaches I brought home from the farmer’s market this week. I ate it while watching an outdoor concert, and the sounds I made while eating it made the people around me really uncomfortable.

Actual footage of me in my post-peach afterglow

My coach also warned me that I’d be super hungry the next day, which turned out to be absolutely true. It probably didn’t help that I did two workouts on Saturday,then went to a local coffee shop where they kept talking about all the delicious baked goods they’re going to be offering next week. I was like SOUNDS GOOD GUYS, LET ME KNOW HOW THEY TASTE, and cried into my cold brew.

Anyway, at the end of week one I’m only down 1.5 lbs, but more importantly I’m feeling awesome during my workouts and PRd both my back squat and split jerk last week, at 200 lbs and 145 lbs, respectively. I took some before photos on Sunday, which was a REAL TREAT. You know the Friends episode where Monica and Chandler are trying to take engagement photos and Chandler has the worst photo smile in the world?

It’s a lot like that, but instead of an awful smile I look I like someone just punched me in the stomach and then told me Forensic Files was removed from Netflix FOREVER. #restingbitchfacealways

For this week’s meal prep, I baked a big pan of chicken, bell peppers and onions (I used this recipe).

I also threw  pork loin in the crock pot with 1/4 cup of water and let it cook for about 6 hours. YOU GUYS. I could have eaten the entire pile in one sitting: 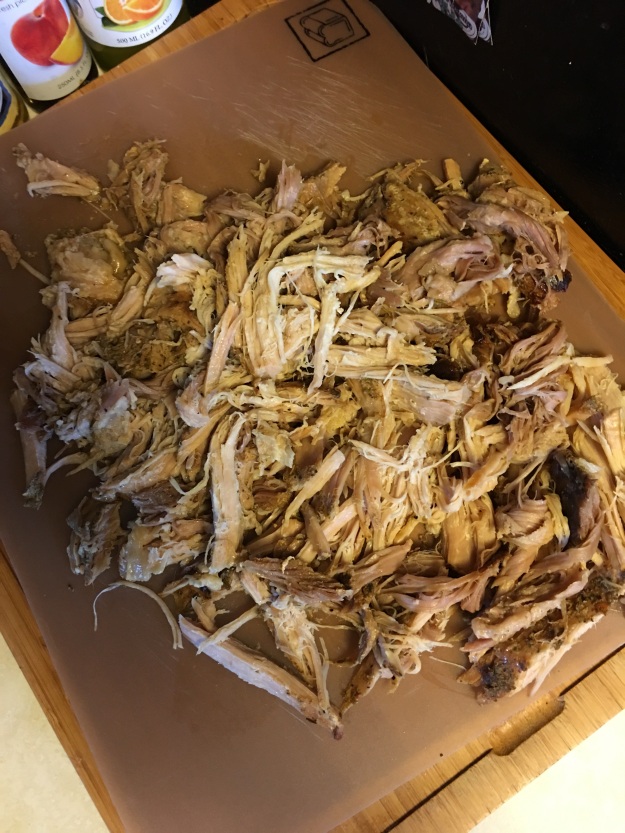 I can’t reiterate enough how stupid easy this week’s prep was. Between cutting the veggies and then putting it all into containers once it had cooled, it was about 15 minutes of actual work. And with that 15 minutes of prep work I’ll be able to build healthy meals all week: chicken tacos, chicken salads, pork with rice and veggies, pork tacos, pork salads, pork/egg/veggie scrambles I’M PRETTY SURE YOU GET THE IDEA.

Do you meal prep? If you do, tell me what you made this week …

I posted on Instagram earlier this week about how I’m doing a three-week cut to try and lean out a little and my friend Sarah peer pressured me into blogging about it. So if this post sucks, you can blame her.

Not surprisingly, my monthlong trip to Sangria Town, Population: Me did a bit of damage scale-wise – I usually weigh around 132, and I weighed 137 Monday morning. I’ve been wanting to get leaner for a few months now, so I figured this was the perfect time to adjust my macros and see where I wind up! I don’t really have a specific end weight in mind: I’m going to weigh myself regularly because I like data, but mostly I’m going to go with how I feel during my workouts.  (And yes, I will take before/after photos and post them here at the end.)

On rest days, my fat goes up to 70g and my carbs go down to 35g. You read that right. Thirty-five. THREE-FIVE. I apologize in advance for the things that will come out of my mouth on my rest days.

It’s alarming that all the relevant gifs I’m finding to depict my life are from Toddlers & Tiaras.

And speaking about inappropriate things coming out of my mouth, we’re about to take a sharp turn into Rants-ville, but I feel like it needs to be said: You wouldn’t believe how many people feel inclined to tell me their opinions about how female bodies should look the second I tell them I coach CrossFit.  So it came as no surprise that many of the people I’ve told about my little cut experiment have felt the need to weigh in with their two cents on my body composition goals. I get a lot of, “But you don’t NEED to lose weight!” and “Be careful, or you’ll start looking like a man!” (If you say that to me, you risk getting punched in the throat which will hurt extra bad on account of my ULTRA MASCULINE ARM MUSCLES.) One person was like, “If you think YOU’RE fat, you must think I’m huge!”

So, here’s the thing: I DON’T THINK I’M FAT. Saying I want to get leaner does not mean I dislike my body. Or that I dislike YOUR body if you’re built differently than I am. My primary goal is getting better at my sport, which involves lots of pull ups and muscle ups and handstands and push ups, which are easier to do if your body has enough fat to support performance but not weigh you down excessively. I do OK at these movements with my “normal” bodyweight, and I’d like to see if I’m better at them if I’m a little leaner. Saying I want to get leaner is not a commentary on how I feel anybody else’s body should look. It’s me wanting to feel less shitty after doing ring dips. END OF STORY.

Anyway, I’m going to be primarily posting about this over on Instagram, but I’ll try and check in here along the way as well.

The week between Christmas and New Year’s Eve is my least favorite week of the year. The holiday festivities start winding down and everybody starts pondering how much they suck at life and tries to convince themselves that they’re going to suck less in the coming year. I read somewhere that like 80% of new year’s resolutions have to do with fitness, and apparently I’m no different. For instance: it would be awesome if I didn’t have to lay down and say a prayer to the patron saint of diabeetus prevention to get my skinny jeans to zip.

Thankfully I haven’t had to resort to lotion to get my pants on. Yet.

I’m pretty confident that I’ll shed my holiday poundage pretty quickly now that I’m back to my usual eating routine that doesn’t include cookies, fudge, and hot chocolate every day, so here are a few more long-term goals I’ve made for the coming year:

I can currently do 3-4 strict pull-ups (depending on how sore my arms are), which I am actually pretty proud of considering that I had literally never done a single pull-up in my entire life when I started CrossFit last summer. While I will continue to work on my strict pull-ups, I also need to learn to kip so that I can start RXing those workouts with a million pull-ups (I’m looking at you, Fran). I’m just going to keep chipping away at it during my warm-ups and hope that someday soon I’ll stop looking like I’m having a grand mal seizure on the bar and look more like this:

I got a  Rogue RX custom jump rope a few months ago, which has made double unders a little easier for me. (For non CrossFit folks: a double under is when the rope makes two passes per jump instead of just one.) On a good day, I can string together 5 or 6. Most days I just wind up whipping my legs repeatedly with my rope and screaming obscenities. 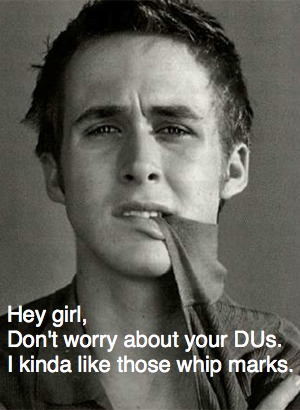 Again, no idea if this will be possible, but I’ve added 50# to my deadlift since September so I figure I may as well aim high! (My current max is 205#)

Continue to focus on diet

My diet is SO much better than it was a few years ago. I used to eat a ton of frozen meals and “diet” foods, which were low calorie but filled with all kinds of artificial crap. For the last five months or so I’ve been really making an effort to cut back on highly processed, pre-packaged foods. I’ve noticed my body starting to change, particularly in the stomach area: 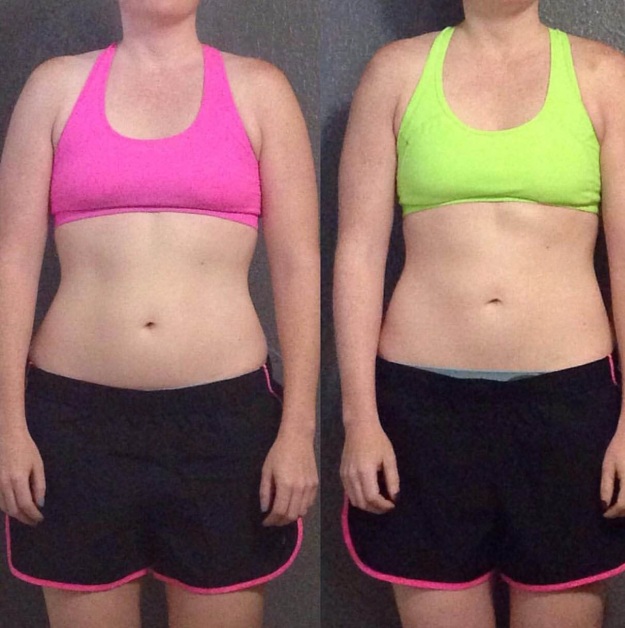 Note the sweet shoulder bruise in the photo on the right. Maybe “fix my slow elbows” should be on this list.

The photo on the left was the week after I started CrossFit (August), and the one on the right was three months later (November). It’s not an Earth-shattering transformation or anything, but I definitely think I look less puffy and a little more toned in the one on the right. I haven’t ever taken progress photos before, but I’m finding it’s great motivation to actually be able to see the difference you’re making because it can be hard to see change on a day-to-day basis.

I just realized I haven’t posted since I wrote about my first CrossFit experience, so I figured I’d check in and let everyone know that no, I didn’t get trapped under a barbell and die. Although I’ve wished that would happen lots of times over the last month, particularly the day I learned how to do man makers.

Me, after every class.

I have lots of feels about my experience so far, so I’ve decided to arrange them in a neat little list. If you’re on the fence about trying CrossFit, maybe this post will help you decide to go for it! Or if you’re a normal person who enjoys being able to sit on the toilet without crying after a workout, it might make you run away screaming. Anyway, here are my thoughts after completing my first month:

If you live in the Siskiyou County area and want to try CrossFit, or if you’re a CrossFitter visiting Northern California/Southern Oregon and want to drop in on a class, I highly recommend that you check out CrossFit Northern Limits. They’re the best!

HeatherHomefaker occasionally contains paid advertising in the form of affiliate links and product reviews. Please know that I always share my honest opinion and experiences, and will always clearly identify if a post is sponsored in any way. Thank you for your support!